What is it that defines an athlete as a ‘legend’?

Some base it on the number of trophies, accolades and records a sportsperson collects over their career, others on the length of time an individual represents their country at the elite level for.

Furthermore there are those who also look at athletes that inspire the next generation, the perfect role models for children and adults alike.

As a result the term ‘legend’ is perhaps bounded about too frequently in sport, but there are a select few athletes who deserve to be called as such as they fulfil not one, but all of these criteria.

Jess Ennis-Hill is certainly one, as is Roger Federer. The recently retired Alastair Cook should also certainly be counted amongst that list, as should counterpart Charlotte Edwards.

Another name who is already legend of her sport is rugby union star Tamara Taylor.

While the forward ticks each box many times over, her on-field achievements alone would be enough to earn her the highest of individual tags.

Since making her debut aged in 2005, Taylor has won six Six Nations titles – all of which have been Grand Slams – and was part of the first English team to reach number one in the world rankings in 2017 as they completed a historic away series victory over New Zealand.

The list doesn’t stop there though as she has also captained her country and was a key component of the team that claimed the 2014 Rugby World Cup title – the first in a growing list of stunning successes for women’s team sport – and has also appeared at three other showpiece events. 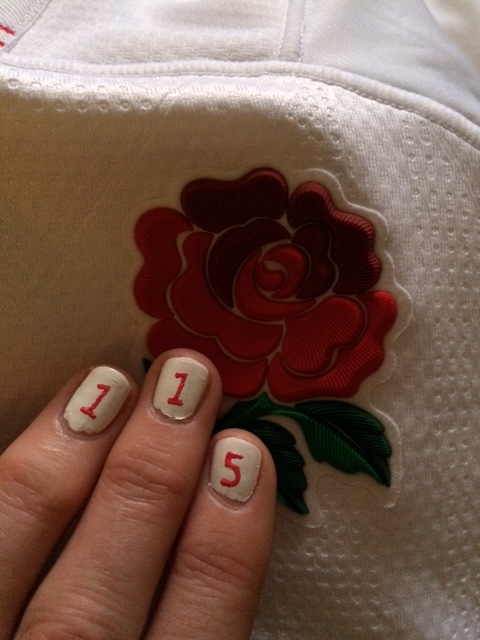 That game currently elicits mixed feelings in the 36-year-old’s mind though as it came in an away loss to France in March which ultimately meant the Red Roses couldn’t defend the Six Nations title they won last year.

The Darlington Mowden Park Sharks player said: “It’s quite a difficult one actually because it was arguably our most important game of the season – France away with the Six Nations hanging in the balance – and that just happened to be my 115th cap.

“It’s not something that I’ll really get excited about until I can look back on it because at the time the game overshadowed it and after the result I was absolutely devastated – I’d have given back a load of caps to have won that game, 100%.

“It’s really difficult beating France in France, I haven’t done it in a while and I was absolutely desperate to win that game so I think I’ll look back on it and be really proud but at the moment it’s still a little bit raw with the result unfortunately.”

Despite the disappointment of the occasion, the fact that Taylor has been able to play the game she adores for her country even just once is something that will always make her feel very proud.

It’s this love for rugby which has also kept her going all these years, pushing her through the tough times to achieve things she never thought possible when first picking up a ball in order to prove a point to those who said it was a game just for boys.

“The reason I started playing rugby was because my brother played and it looked like a really cool game that girls weren’t supposed to be playing so I thought ‘well I’m going to give that a shot, that looks really good!’” she recalled.

“And that’s why I played – it was different, it wasn’t like any other girls sport I’d played before and I kept doing it because I loved it.

“It’s very hard to keep doing a sport if you’ve fallen out of love with it and that’s what’s kept me going.

“I do think it is one of the greatest sports that you can ever play, it’s such a huge opportunity of something different for girls to play and it’s such a great game for all different shapes and sizes – it’s so inclusive.”

It says something of Taylor’s ability and contribution to the team that she has managed to achieve so many caps in an area where English rugby has been blessed with a fine selection of locks, including Jennifer Sutton, Becky Essex, Joanna McGilchrist and Zoe Aldcroft.

That level of competition is only going to increase further too as the newly developed Tyrrells Premier 15s league continues to push club outfits to new heights and help develop some superbly talented individuals.

But rather than feel threatened by this, Taylor is embracing the new wave of stars bursting onto the scene as it will only enhance the skill of the international side and, as a result, grow the stature of the game in this country.

“Every position, every team you’ve got to have challenges from above and below – that’s the only way you grow,” she explained.

“You can’t ever feel safe because if you do that’s when you start taking your eye off the ball and your foot off the gas a little bit.

“Jess Breach, Ellie Kildunne and Abigail Dow burst onto the scene last year. There was Aldcroft and Sarah Bern the year before that, Emily Scarratt and Amy Cokayne before them.

“We have reaped the rewards of the community game, the universities, the schools, the counties. Girls are starting to play rugby younger, getting better training and therefore better competition levels because there’s more rugby being played at the community level.”

This is an area where Taylor is also having a huge influence too as a coach, yet another string to her already huge bow that cements her status as a great.

Throughout her career the former Newcastle University student has passed on her skills to countless numbers of youngsters and inspired them all to get involved in the game, regardless of any extrinsic factors such as age and gender.

Great work from all the girls attending the Centre of Excellence trials @DMP_Sharks yesterday.
The future rugby talent in the north is looking good 👌🏼
Well done to all the clubs who are developing their players 👏🏻💪🏼🌹 pic.twitter.com/PzzsPMxrOq

She is now also using her status as a well recognised international athlete to encourage others to get more involved in women’s sport by watching and/or participating.

Earlier this year she attended the Vitality Hockey Women’s World Cup and shouted about it on social media using the #ShowUp tagline.

Can’t wait to be involved in this event today while getting involved in some #showup action to support the women’s #hockeyworldcup2018
Women’s sport is coming at you…let’s embrace it 😉 #sportissport https://t.co/YBGZiU4f8g

Taylor now believes that athletes from all sports should do the same to encourage their fans to try something new and spread the word about women’s sport.

With England set to take on the USA, Canada and Ireland in the Quilter Internationals later this year, there is also nothing more she would like than to see to see stands packed with fans and fellow athletes cheering on the team.

“I think as sportspeople, especially as sporting females, we really need to start putting our money where our mouth is in terms of showing up to these events,” she said.

“I learnt so much sitting there on a very sunny day watching – I’ve not really watched a lot of hockey, certainly never live – and it was an amazing atmosphere, it was absolutely fantastic.

“Being at a World Cup event or an international is just amazing so we’re definitely going to get ourselves out and about more supporting each others as sports people.

“I’m really excited that our fixtures have finally been announced and that everyone can jump on the bandwagon and buy their tickets and get themselves down to the games.

“I’d just say to anybody thinking of going out and watching some sport to just come down and watch and you definitely won’t be disappointed.”

You will be able to hear my full interview with Tamara on the SportSpiel podcast from Monday 24th September.