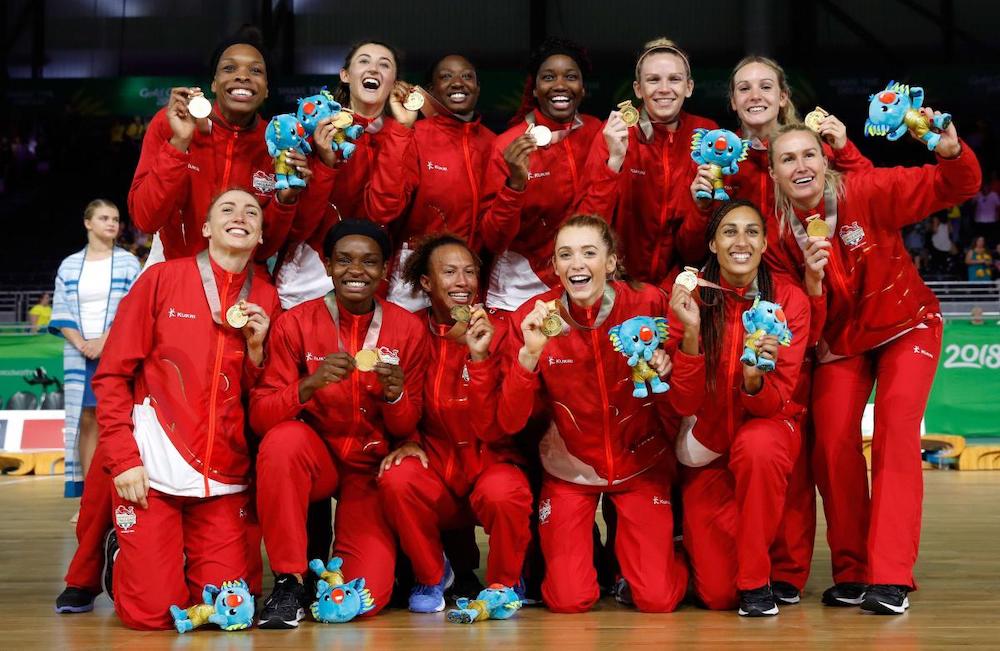 This week our second guest writer Ella Jerman explains why England Netball can lead the charge for women’s sport in 2019.

It was the gold that nobody predicted.

England had won just three netball titles – and no ‘major’ ones – while Australia had won fifteen.

Tracey Neville’s side had already made history by reaching their first Commonwealth Games final back in April but still few expected them to overcome the defending champions.

But no-one told the Vitality Roses that as Helen Housby scored a dramatic winning goal with the final touch of the game to send players, commentators and fans alike into delirium.

Not only had England won their maiden Commonwealth title; they’d done so by beating the firm favourites on their home soil.

Yet, despite this, who would’ve thought that one goal had the potential to change the sport forever?

Housby’s winner catapulted England Netball into the spotlight and ever since the sport has surged to new heights of popularity.

Sky Sports’ netball viewing figures more than doubled, the national team signed lucrative sponsorship deals with Vitality and Nike and more than 70,000 tickets have already been sold for this summer’s World Cup in Liverpool.

WHAT JUST HAPPENED?! 🤯 @BBCSport SPOTY Team of the Year AND Moment of the Year 😭 ❤️ I am dreaming right now!!! @EnglandNetball 🌹 pic.twitter.com/W1yW0qo667

The Women’s Football World Cup in France this summer is widely considered as the pinnacle of the 2019 female sporting calendar but thousands upon thousands of eyes will also be firmly focused on England’s netballers when their own version starts on 12 July.

Indeed they will be keen to emulate or even better the meteoric rise of the Lionesses, who shot into the spotlight by finishing third at the 2015 World Cup and haven’t left since.

The Vitality Roses’ Commonwealth victory was the latest in a remarkable run of major titles for the nation’s women’s teams, started by a World Cup victory for England Rugby in 2014 and followed up by Olympic gold for GB Hockey in Rio and an incredible comeback from England Cricket in front of a sold out Lord’s in 2017.

And now with two World Cups on the horizon, 2019 could be another huge year for the growth of women’s sport and the Vitality Roses are determined to continue to boost the current swell of interest for women’s sport.

Speaking at the 2018 SJA British Sports Awards – where her team were voted Team of the Year – shooter Jo Harten insisted the squad are keen to capitalise on netball’s ascent into the mainstream.

She said: “There has never been a better time to be a woman in sport. All our teams are really being recognised in this country now and we want that to continue.

“We want to win again, but for women’s sport, I think the most important thing is that people can see us playing netball.

“When you put the sport on the BBC and on the front pages, people immediately want to play it.”

Since that victory on the Gold Coast, there has been a different feeling around the sport.

To every player, coach, official, volunteer, fan and sponsor, thank you for your continued and outstanding support during 2018!#ItsUsItsNow #RosesRISING #NetbALL pic.twitter.com/D2Ypt0k4MW

A recent survey conducted by YouGov on behalf of England Netball revealed 130,700 adult women have started playing netball off the back of that single game.

But for Harten this is only the start and she is hoping the sport can grow even further with success in Liverpool this summer.

“Having more than 130,000 new netballers is amazing, but it’s not enough. We want to get ourselves on the front pages again,” she said.

“I want to inspire as many people as possible to get out there and play netball. Whether you play locally or for England, your club and teammates become another family and support system.

“We want every little girl and boy up and down the country to have the opportunity to access not just netball, but any sport.”

Before that though, England have the task of taking on Australia, New Zealand and South Africa in the Quad Series starting this weekend as they go out to prove that their Commonwealth gold was no fluke.

The squad is boosted by the return of Harten, who will feature for the first time since suffering a knee injury in September, while Serena Guthrie – widely acknowledged of one of the game’s finest – will captain the team.

There is plenty of talent and experience in the rest of the 12-strong squad too, with England’s all-time most capped player and vice-captain Jade Clarke lining up alongside Commonwealth winners Housby and Geva Mentor.

Ranked second in the world, England will be hoping to kick off the new year in style but will also be wary of the obvious threat offered by Australia and New Zealand, who are having to adapt with not having to just deal with each other in the battle for major titles.

Indeed the Diamonds have already gained revenge for their Commonwealth Games defeat by overcoming England in September’s Quad Series and will be hoping to beat them once again in this series, also occurring in Liverpool between 13-20 January,

It’s a daunting task for Tracey Neville’s side but victory at the Quad Series could be key to stabilising the promising future of English netball and proving last April was not merely a one-off.

The series is key to measuring the world’s new netball order.

The Commonwealth win was just the beginning. The Vitality Roses will have to continue their success in order to keep the story alive.