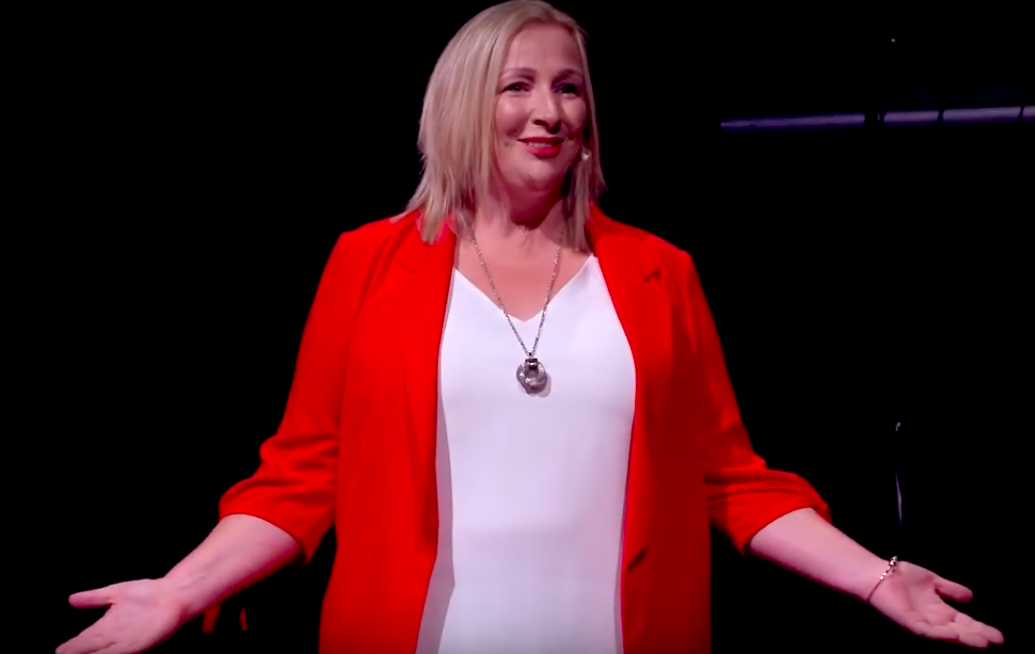 Take a moment to picture yourself in this situation: you are just three weeks from running a marathon but, having spent months training, injure your back days before taking to the start line.

Now imagine having the following conversation with a doctor who you’ve just met and has no prior knowledge of you or your levels of physical activity.

Doctor: “You are clearly not fit enough to run a marathon.”

How would you react in that situation? I know I’d hit the ceiling and I’m sure most wouldn’t take too kindly to it either.

Yet this exactly what happened to Julie Creffield shortly before the 2014 Brighton Marathon.

Not only did she go onto complete the event though, this encounter also sparked an idea in her head that has led Julie to become a leading role model to hoards of women across the country.

Shortly after finishing the marathon, she set up the Too Fat To Run? blog to tackle misconceptions about who should be ‘allowed’ to take part in sport.

The premise of the blog is simple – to spread the word that sport, physical activity and exercise is for women (and men) of all shapes and sizes.

This might seem a bit unnecessary as it constantly feels like we as a nation are being told that we need to get more active in order to reduce our rising obesity levels, but – as Julie well knows – there are also many stereotypes that cling to overweight people trying to do just that.

As well as that interaction with the doctor, during her first run – a 3km charity event for work – nearly a decade previously a seven-year-old shouted ‘run fatty run’ as she made her way around the course.

Then there was the time that, competing in her first ever organised race, she finished so far behind everyone else that the organisers didn’t bother to wait for her and packed up the finish line.

“Standing there on a cold November’s day I felt ashamed, I felt embarrassed, I felt alone. I felt like I didn’t belong there… And not because I came last – I almost didn’t go back to the sport that I now love because of my irrational fear of judgement.”

Whilst it is clear that the stereotype suggesting women have no place in sport has been obliterated – the 2017 Active Lives Survey found a record 7.21 million women aged 16+ take part in regular sport – it seems as though it is quickly being replaced by others.

One of these is that only young, slim people should be seen exercising.

Whilst this may appear preposterous to many, the above incidents are an indication that there are some who clearly think this. And while they may have happened a few years ago, incidents of fat shaming are still far too commonplace, especially in gym or swimming pool changing rooms.

Furthermore, in the Instagram revolution we currently find ourselves in, it is incredibly commonplace to see women with amazing abs and bouncy bottoms filling our newsfeeds.

Obviously it’s fantastic that so many women so confident in their bodies that they want to show them off and that’s fine, but if you are worried about your image then this could further turn you away from exercise for fear of being judged for not looking like that.

But that’s why what Julie does is so important – she uses her voice (both literally as a public speaker and metaphorically through her blog) to show that sport, exercise and physical activity really is for anyone.

Not only that, but she also tackles some of the other important issues facing women and exercise, including one emotive piece from earlier this month in which he described the physical and social difficulties she faced getting back into running after giving birth.

Julie has an honest and open style that is so refreshing to read and listen to – she is not afraid to state something contentious, tackle a difficult topic head on and say things many would be afraid to.

She doesn’t talk a fantastic game though; Julie has also set up ‘The Clubhouse’ which she describes as ‘the world’s ONLY virtual running club for plus sized women where we focus on health and happiness, not speed or distance.’

How brilliant is this? She has created an environment where women can get together, share their passion for running and encourage and inspire each other to something that otherwise society might tell them they shouldn’t be.

During her TedX talk, Julie also spoke about how women need to talk about their accomplishments in order to spread the word to others that they are capable of emulating or even bettering them.

“The thing about being visible, it’s not just about you. It’s about how you become a role model, how you share, how you show up, how you teach the women and girls that are coming up behind us how to live adventurous, exciting lives.”

This is exactly what Julie does – she now dedicates her life to showing all women that, if they want to, they can achieve all sorts of brilliant physical achievements.

Here is someone who, rather than let the bullies beat her, decided instead to prove them wrong and we can’t thank her enough for it.

Find out more about Julie and Too Fat To Run? by clicking here.

You can also read her opinion piece in the Huffington Post here.