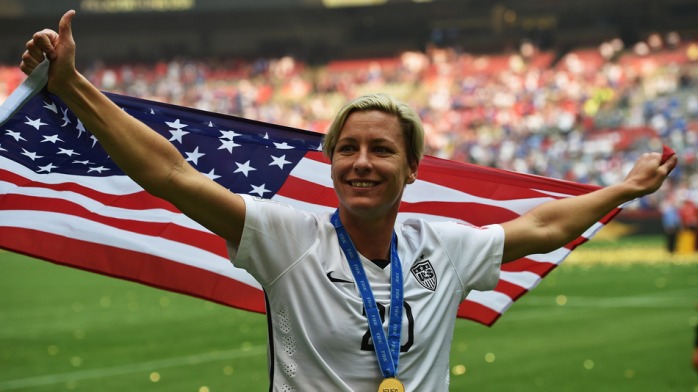 ‘Legend’ and ‘hero’ – just two of the numerous powerful descriptors that can be used to label athletes who have achieved great things, often overcoming adversity along the way and doing something most would think improbable. Such phrases should be reserved for those who have acted in a remarkable and ground-breaking way. They should, but they aren’t.

We live in an era where the media sensationalise anything and everything in order to make money. Every story is full of exaggeration – it’s amazing how they can make a last minute equaliser in a game of football seem like the most important and incredible event since the invention of the wheel. Sportsmen and women are constantly being labelled as ‘greats’ for doing very little; not only is this quite ridiculous, it also diminishes the meaning when given to those athletes who deserve the title.

Of course, everyone has different ideas of how an athlete can come to be seen as ‘legendary’ – it could be one or two groundbreaking performances, extreme loyalty, their work to promote the game and so on. Personally I don’t think any sports people can be seen in such a way until they have retired – it’s how we remember them that I believe should define the label.

Andrew ‘Freddie’ Flintoff is a prime example. He almost single-handedly got an entire nation excited about cricket during that Ashes series of 2005 – something only a handful of others have ever managed before. One of the main reasons I took up the sport was because I wanted to emulate him. It is only now, though, that I can truly see him as a cricketing ‘great.’

After that watershed year, his career somewhat faltered – he never consistently reached those heights again until his retirement due to injury and the immense pressure put upon him. There were many embarrassing moments too, such as the pedalo incident at the 2007 World Cup. Despite all this though, he is still remembered mainly for that series. The impact Flintoff had on the sport was, and still is, huge. He changed the way cricket was seen in this country and the fact that England now have an abundance of young talent coming through who would have been youngsters during that series is certainly down to him in part.

This kind of impact on a sport closely follows that seen after the emergence of the late Jonah Lomu, the New Zealander who changed the face of attacking rugby. Up until he hit the scene, wingers in the game were generally seen as slight and agile; they were the smallest players on the pitch. Then along came this 6’5”, 18 stone battering ram and he completely re-wrote the rules.

Despite his bulk, Lomu was very quick – the All Black could run 100m in 10.8 seconds at his peak. However, instead of using this pace to avoid defenders, he used to charge his way through them and regularly did so with devastating effect. No better was this displayed than in the 1995 World Cup quarter-final against England, when he decimated the English defence on his way to four tries, the first of which in particular was astonishing (watch in on YouTube and you’ll see what I mean).

At the time, Lomu was a complete enigma; no-one had ever seen his type before and, despite the emergence of Julian Savea in recent years, there hasn’t really been anyone able to replicate the devastation he caused.

The recently retired footballer’s statistics are just sensational – her record of 184 goals in 255 games for her country is better than any male of female footballer to have ever played. On top of this, she has won two Olympic gold medals and the 2015 FIFA World Cup as well as being named the US Soccer Athlete of the Year on six separate occasions. And that’s just a short list of her achievements. Yet, despite all this, for most of her career she was just seen as another footballer. These statistics were often mentioned but almost taken for granted. It’s only now that she’s retired that we can truly appreciate just how good she was.

It’s not just her phenomenal on-pitch career that defines Wambach as a ‘legend’ though; it’s what she helped achieved off the field too. She has helped bring women’s football into the centre of the media limelight in America and this is now transferring to other countries too, in particular this one. She has made people take notice of women’s football and been a fantastic role model for the game. I will even go as far to say that I believe she was a crucial factor behind the success of this year’s World Cup in Canada. She well and truly deserves the title of a footballing ‘great.’

← Being young, fit and healthy isn’t necessarily a good thing
My Top 11 Sporting Moments of 2015 →