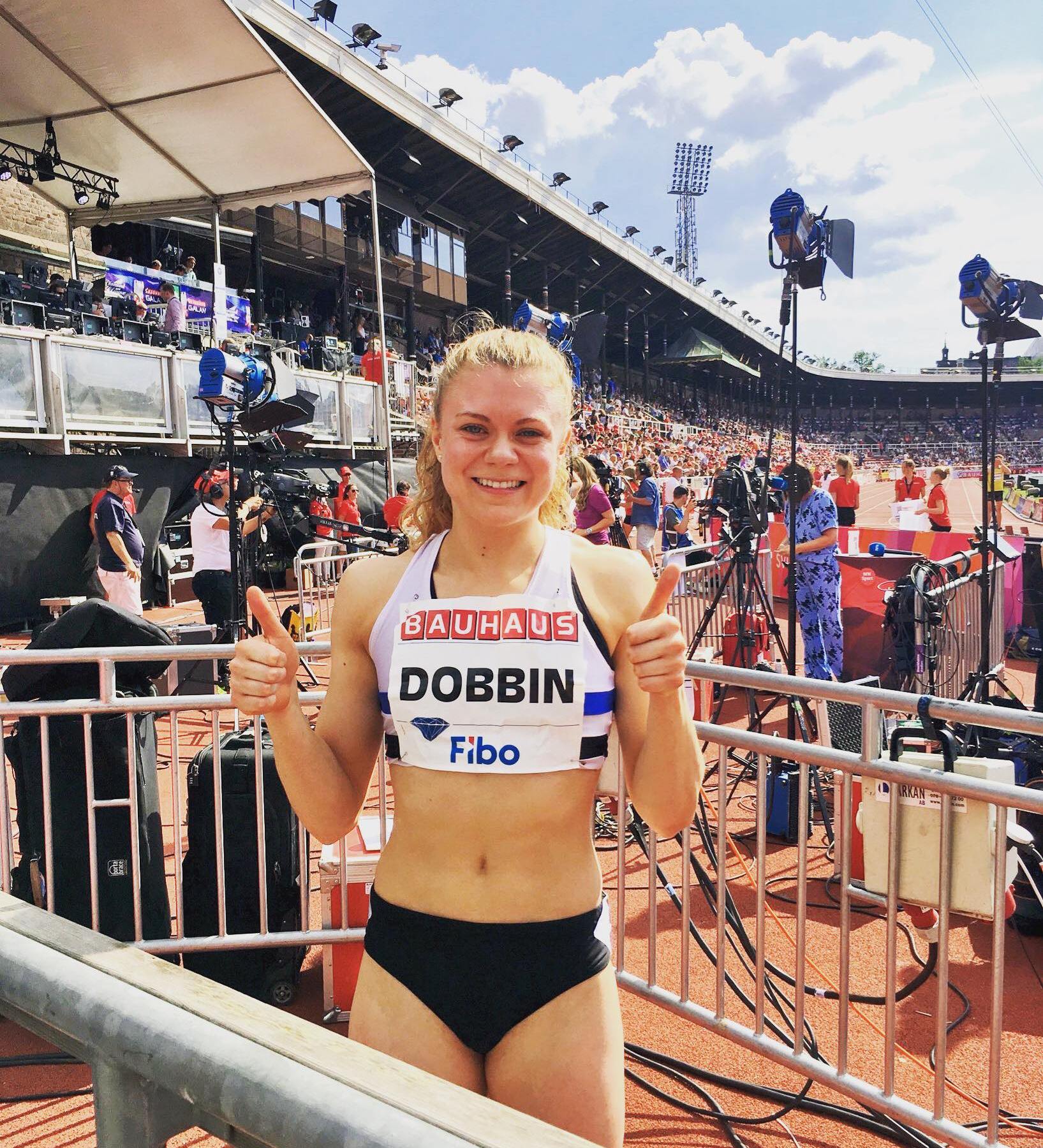 Have you heard about the sprinter who went from relative obscurity and missing out on a place at the Commonwealth Games by 0.01s to British champion in the space of a few months, breaking a 34-year-old record on the way?

Sounds too good to be true doesn’t it? Surely this is the type of narrative only found in children’s books or Hollywood scripts?

Yet that is exactly the tale that has unfurled for Scottish athlete Beth Dobbin.

Back at the start of this year, very few people would have heard her name before. But anyone who even vaguely follows the sport of athletics certainly knows who she is now.

Dobbin first hit the headlines on 2 June as she set the then second fastest 200m time by a British woman this year, clocking 22.84s during a meet at Eton and breaking the Scottish record held by Sandra Whittaker since the 1984 LA Olympics.

Then just last weekend she lowered that record twice more, stunning everyone to beat Bianca and Jodie Williams and become the British 200m champion for the first time.

That result means she has qualified to represent Great Britain for the first time at this summer’s European Championships alongside the two Williams’ and defending champion Dina Asher-Smith, while she has also been selected to wear the vest at the forthcoming World Cup event in Berlin.

And all this came just a few moments after Dobbin suffered arguably the most agonising moment of her career to date as she missed out on representing Scotland at Gold Coast 2018 by just one hundredth of a second.

To put that into context, the blink of an eyelid takes around 0.3s in total. Or, in more sporting-related terms, Jordan Pickford had around 0.4s to react and fling his hand up once Carlos Bacca struck his penalty for Colombia during the World Cup.

Losing out by such a small margin certainly hit Dobbin hard and she admitted struggling to enjoy watching the event, but that it has spurred her on (clearly!) to avoid any such disappointment occurring again.

Speaking with my colleague Alasdair on SportSpiel recently, the Loughborough AC athlete recalled: “The only way I can describe it was heartbreaking. It was devastating.

“But you have it in your mind that you’re only one hundredth of a second off so I was thinking maybe they may still take me, I might get a relay spot and all of these kind of things but they never did so it was genuine heartbreak.

“Watching all the other athletes out there, seeing everyone posting being at the Commonwealths and watching every single second of it on the TV, it was really hard to take.

“But I made a promise that I would never let that happen again and every session I do at the moment it’s in the back of my mind that I missed out by 0.01s so I can’t do that again. It really has motivated me.”

These achievements alone would be enough to command the highest respect of even the most hardened athletics fans, but that is only part of Dobbin’s story.

Not only has she overcome such disappointment in spectacular fashion, she has done so without any funding or sponsorship, instead balancing her training schedule with holding down not one but two jobs as a receptionist and member of security at Loughborough University.

This harks back to the days when top athletes – those who represented their countries at the Olympics – were fully amateur and saw sport as more of a hobby than profession.

The world may have moved on since then and before long it is likely that Dobbin will soon receive the financial support she deserves, but the 24-year-old stated that – while not always easy – she thoroughly enjoys juggling the two.

She said: “I struggle with the sleep. I work from 7-3 so I have to be up at 6am. As athletes we’re told to get 10 hours sleep per night but I don’t think I could physically fall asleep at 8pm!

“But I’ve always been a grafter. Ever since the age of 13 I’ve wanted to be independent and earn my own money. I’ve babysat, sold programmes at my local football club, I’ve always had a job and even if I was to find funding, find sponsorship I would still have to work because I’m so used to it.”

If Dobbin were to be a character in an Aesop fable, she would almost undoubtedly be a cross-breed between the tortoise in the hare, having had to work for years to win the race at an almost unfathomably fast pace.

She is showing no signs of stopping either – expect memorable things from her not only this summer but going forward to next year’s World Championships and (whisper it quietly) Tokyo 2020.