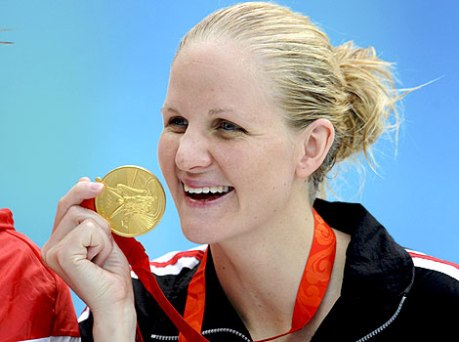 Last week, Zimbabwe’s national cricket team gave the country blighted by political corruption and severe droughts something to smile about for the first time in a long while. They won their first Test match (excluding victories over Bangladesh) for 12 years, drawing the series with Pakistan 1-1 in the process. It hasn’t, however, always been doom and gloom for the southern African country.

As a nation, Zimbabwe has only been known by its current name since 1980. On the 18th April that year the former British colony finally regained independence after 15 years of war against the Brits as well as each other. In the end it was Robert Mugabe’s Zimbabwe African National Union (ZANU) party who formed the first Zimbabwean government. Although not everyone was elated with the result, the national women’s hockey team were clearly inspired at the 1980 Moscow Olympics as they created one of the greatest stories in Olympic history, although it is one that is rarely heard of.

They weren’t told they could field a team for the first women’s competition at the Games until 35 days before the opening ceremony and didn’t even select a team until the weekend before. The team then flew over in a plane normally used for transporting meat, meaning there were no seats. The women had to strap themselves to the floor in a sitting position – imagine how scary that must have been! What’s more, none of the players had ever experienced artificial pitches, having played on grass at home and in South Africa (where they often trained) so didn’t have the correct shoes until they rushed out to buy some when they arrived in Moscow. They only played a handful of warm-up matches against local Soviet clubs due to the limited time and banning of sporting contact with South Africa earlier that year, before opening the tournament on the 25th July.

Their campaign started against Poland, not a team many expected to obtain a medal but, being associated with the USSR, many still expected them to win the match. But this group of women defied the odds, smashing the Polish 4-0. Despite this start, though, very few people expected another win, yet alone a medal – they still had games against the tournament favourites in the USSR and one of the greatest hockey nations of all-time in India. However, a 2-2 draw with Czechoslovakia followed before they stunned the world by beating the Soviets 2-0 at their home Games. Now everyone was sitting up and paying attention and, after a 1-1 draw with India, they found themselves needing to beat Austria (who had just been thumped by the Czechs) in order to win Olympic gold. And they didn’t just beat them, they annihalted their European counterparts, taking them apart in a 4-1 victory that secured the country’s first gold medal. This bunch of mis-fits from a country that had only just been recognised as independent had just beaten some of the greatest hockey teams of all time to secure the first women’s field hockey medal. Despite the boycott that meant the likes of the USA were missing, this has to be one of the greatest sporting feats of all time and I can’t believe it hasn’t been made into a film!

Their victory, however, also showed the first signs of the problems that were to come for the country. After they won the medal, Mugabe’s wife promised each player an ox as a prize but, at a ceremony hosted by Mrs Mugabe after they returned home, she presented each player with a packet of frozen meat. Although seen as quite funny by the women at the time, this seemingly innocuous event would prove to be a foresight for the terrible way the Mugabes would run the country.

As the economy has plundered under the dictatorial regime, Zimbabwean sport has never really taken off as it promised after this event. No hockey team from the country has ever taken part at an Olympics since, whilst the country has sent under 20 individuals (excluding 1988) to every Games since after having 42 at Moscow. It could be argued that this is because of the boycott that meant 65 countries didn’t appear in 1980, but looking at the stats the numbers representing the country has decreased nearly every year – they only took 7 to London 2012.

One of these competitors, however, was Kirsty Coventry. She was the only swimmer representing the country, competing in three different races. However, unlike most of the swimmers that come from Africa who aren’t South African, she is not one who will finish last in her heat. She is, in fact, a 7-time Olympic medallist. Having grown-up and trained largely in her home country, Coventry first showed her potential in 2000 by becoming the first Zimbabwean swimmer to reach an Olympic semi-final. 4 years later, after some hugely impressive performances for her university squad in America, Coventry won the country’s first medal in 24 years as she picked up gold in the 200m backstroke. This was followed up by a silver in the 200m individual medley and bronze in the 400m individual medley. She then regained her gold medal in the 200m backstroke and silver in the shorter medley as well as improving her 400m individual medley result to silver and claiming another second place in the 100m backstroke. This, combined with 1 Commonwealth gold, 8 World Championship Medals (3 gold, 5 silver), 18 All-Africa Games Medals (11 gold, 7 silver) and a multitude of African, Commonwealth, Olympic and World Records, makes her the greatest sportswomen in the country’s history. Her feats even led to Mugabe himself calling her a ‘golden girl’ and giving her $100,000 US after the Beijing Games. She couldn’t repeat her form at London 2012, though, as, at the age of 29, she just couldn’t keep up with other competitors up to 14 years younger than her.

This is where the national cricket team, however, have taken over. Their victory over Pakistan was their first over a major nation since they beat India in 2001 and has got their people smiling again. Zimbabwean cricket hasn’t been all bad though – in the 1990s they had some of the finest players in the world. This included the Flower brothers Andy (who scored nearly 5000 runs at an average of over 50 and is now England’s coach) and Grant (one of the finest all-rounders of all time), Murray Goodwin (who is still scoring shed-loads of runs in English country cricket) and Heath Streak, a fine bowler who took 216 wickets at 28.14, giving him a lower average than James Anderson, Stuart Broad and Graeme Swann. Despite being introduced to the Test arena in 1992, it took another three years for this fine crop to finally win their first Test. This came at the start of the 1995 series against Pakistan, with both Flowers making big hundreds (Grant made 201 not out, Andy 156) alongside Guy Whittall in a total of 544/4 declared against a strong attack that included the great Wasim Akram. Streak then took 6-90 to dismiss their Asian opposition for 322 before picking up another 3 as Pakistan were rolled over for 158 following on to lose by an innings and 64 runs.

This was to prove a one-off, though, as the team would then lose the series and would not win another Test until 1998. This victory can be seen to be even more special, however, as it came against an Indian side including the Sachin Tendulkar, Rahul Dravid and Mohammad Azharrudin, all greats of the game. This gave them their first Test series victory and this was followed up just a few months later with another series victory away in Pakistan. After 6 years, it seemed that Zimbabwean cricket was finally flourishing but, as with all other sports in the country, it saw a sharp decline from the late 1990s onwards as the country descended into chaos. Mugabe’s regime became ever more hedonistic, seemingly ignoring the crippling affect their economy structure was having on the country, whilst diseases and viruses such as HIV spread alarmingly quickly. This, coupled with the severe droughts that all but finished the agricultural industry (which gave the country a large percentage of its income via exportation of the goods), meant that there was no money to be invested in sport and those who could still compete really struggled. The victory against India in the early 2000s was a huge surprise but there was not to be another significant Test victory until just last week.

Things got worse and worse for the side as, in 2003, the England cricket team forfeited their World Cup match against their former colony due to safety fears. This led to Andy Flower and bowler Henry Olonga to wear black armbands, representing how they felt democracy had died in their once beloved country. Streak was appointed captain but was forced out of his position in 2004 as the Mugabe-run Zimbabwe Cricket Board tried to eliminate white players from the side. This descended into chaos and, in 2005, Zimbabwe were banned from Test cricket due to the internal crisis. They were re-instated in 2011 and, despite the fact they have lost their fine crop from the 1990s, they played some competitive games against New Zealand, West Indies and Bangladesh before their most recent series.

After nearly two decades of unbelievable struggle, it seems as though Zimbabwe is finally sorting itself out. The human rights crisis seems to be solved and it seems the country is slowly restoring itself to its former glories. Hopefully, in the years to come, the likes of Kirsty Coventry and Andy Flower will no longer be rarities but regularities and create another major sporting force. I will leave you with one of the greatest sledges of all time, which came from a little-known Zimbabwean: