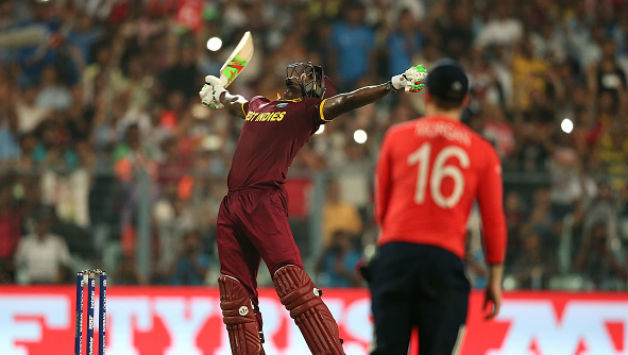 I’ve been converted. It’s a day I thought would never come. Being an old-fashioned so-and-so, I’ve resisted this new uprising for so long. I’m not a fan of change and like to preserve the status quo – as the saying goes, if something isn’t broken then there is no need to fix it. But even I now have to admit that this is the future and an exciting one at that. I have fallen in love with T20 cricket.

No, this isn’t just me jumping on the bandwagon of England’s unexpected success at the recent World Cup; the shortest form of cricket has been teasing me for a while now and this tournament has finally tipped me over the edge. It had everything – upsets, incredible comebacks, nail-biting finishes, the works. What’s more, it was extremely easy on the eye, with flashing bails, stumps cartwheeling across the ground, huge sixes and some funky kits (unlike those garish examples you see in the IPL). What caught my attention the most though was the simply unbelievable standard of fielding exhibited by all 24 male and female teams. There are normally one or two sensational catches in a tournament but this time round that number was somewhere in the region of twenty! There is nothing more spectacular than watching a human being flinging themselves through the air to catch a ball one-handed. My personal favourite? It has to be Pieter Seelaar’s effort against Ireland in the preliminary group stages. Words don’t do this catch justice, go and watch it for yourselves!

There were concerns about the state of the pitches going into the tournament as India has a reputation for producing batsman-friendly surfaces that could have led to some astronomical scores but I think it’s fair to say this wasn’t the case a lot of the time. Although some of the pitches were criticised for players for being too slow and difficult to score on, this actually added to the entertainment as it led to a number of exciting low-scoring affairs. Across the tournament, there were wickets that favoured batsmen, others which turned miles and some even helped the pace bowlers, which is a rarity in that part of the world. I don’t normally have many good things to say about the cricket administrators in India, but this time round they have played a blinder.

Whilst the men may have grabbed the majority of the headlines, the women’s tournament was also fantastic to watch. Take the semi-final between Australia and England for instnace. Chasing 130-odd to win, the English were coasting at the halfway point before the Southern Stars strangled them and eventually ended up winning when it looked certain they were going to lose. It was also refreshing to see some other teams give these two powerhouses of the game a close challenge – England only just scraped through their group whilst the Aussies lost the final to the West Indies, another result that wasn’t on the cards. Whilst it may not necessarily be a good thing for England that other teams are catching them up, the fact teams such as the Windies and New Zealand are shows just how much the women’s game is developing. The future certainly looks bright and I cannot wait to see it unfold.

It’s a shame that the tournament is already over as it barely seemed to have begun, but that also adds to its appeal. World cups in many sports seem to drag and take forever to complete; this one was over in less than four weeks. This is partly due to the fast-and-furious nature of T20 cricket, but also because of a lack of nations participating. It’s weird how cricket is the only sport that isn’t opening its horizons to new teams; the number of teams competing at the 2019 ODI World Cup will be reduced from 14 to 10. It’s almost as if those who run the game have something to hide that they don’t want to be discovered… Hopefully the performances of the associate nations at the tournament, in particular Afghanistan who actually beat the champions West Indies as well as giving runners-up England a scare, will convince the powers-that-be that they deserve to be included in future tournaments.

So now I’ve been converted, what next? Well I guess nothing really; it’s not as if my opinion conversion to T20 cricket actually has any impact on the world! I haven’t changed my view of Test cricket either – I will always prefer this version to anything else. But the fact that even I now accept that T20 cricket is the way forward shows just how much the game has progressed over the last few years. It’s fun and it’s exciting. Cricket is suffering massively with dropping numbers of people participating and T20 must surely be the way to reverse the trend. Let’s just hope those who govern the game recognise it.