Depression in Sport – still a long way to go 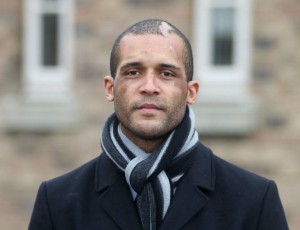 Last week, former professional footballer Clarke Carlisle admitted that his collision with a lorry back in December was no accident; it was an attempt to end his life. Such incidents involving professional sportsmen and women are, worryingly, becoming more common but Carlisle’s story is one of the most alarming. He is the ex-chairman of the Professional Footballers’ Association (PFA) – the trade union for current and former players who, amongst many other things, offer advice and support for those struggling with mental health issues – and yet he claimed he suffered from depression for 18 months without telling anyone. Measures may be in place to help athletes going through such hardship but this clearly highlights just how far there is to go with the treatment of such problems in sport.

Being a professional athlete is a unique career. Athletes are under huge pressure to perform at all times, their job security is constantly under threat and a lot of people rely on them for many different reasons. This, however, is the same with a lot of other professions. The two factors that really separate elite sport from anything else are that most careers are finished by the age of 40 and many players are subjected to constant public scrutiny of their every movement, often from an extremely young age.

Nowadays, when athletes ‘turn pro’, they expect the constant media attention. Some even look forward to it; seeing your face in the press, people in the street asking for autographs, being on TV – it seems like the perfect life. Unfortunately, this stereotypical view is generally far from the reality. Whilst being in the news may be great when the coverage is positive, there will also be times when such reporting will be extremely negative and many hurtful things will be said and written. On top of this there is the huge lack of privacy that many high-performance sportspeople have to deal with. Imagine reporters hanging around outside your house all day; not being able to take your children to school without someone writing about it; having members of the public shouting abuse at you in the street. No longer does it seem such an idyllic prospect.

The increasing professionalisation and commercialisation of elite sport, in combination with the rise of social media, means those at the top will now be unable to avoid such occurrences. As a result, athletes need to be taught methods of how to recognise and deal with the pressure. Organisations including the PFA and PCA (Professional Cricketers’ Association) are now working with charities such as ‘Sporting Chance’ to help those in professional sport diagnose depression in both themselves and others, amongst many other things, whilst many professional clubs also employ psychologists who are trained to help with such problems.

Despite all of this, Carlisle’s plight shows that being taught to cope is not enough. The fact that he felt as though he couldn’t seek support from the networks he helped to set up suggests that there is still a lot of stigma surrounding mental illness in sport. Former England cricketer Steve Harmison hid his depression for ten years under the guise of homesickness. He was afraid that if he admitted he was depressed the coaching staff would use it as an excuse to drop him after one bad performance. Fortunately, Harmison found ways of overcoming his feelings but this is not always the case.

Between 2009 and 2011, three footballers – German goalkeeper Robert Enke, Rushden and Diamonds’ Dale Roberts and Welsh legend Gary Speed – all died after reportedly suffering from depression for a number of years without really telling anyone. These individuals clearly felt they were in an environment where they could not be open about their problems for fear of harming their careers; this needs to change. Athletes need to know that admitting they have depression is one of the strongest things that they can do and they need to feel as though that when they do everyone around them will be supportive. The message that depression is not a weakness but an illness needs to be made crystal clear.

Let’s hope that lessons will be learned and there will finally be a drastic change surrounding mental health in sport. If there isn’t, expect to see many more cases such as that of Carlisle, although the next individual may not be so lucky.

Let’s hope that lessons will be learned and there will finally be a drastic change surrounding mental health in sport. If there isn’t, expect to see many more cases such as that of Carlisle, although the next individual may not be so lucky.